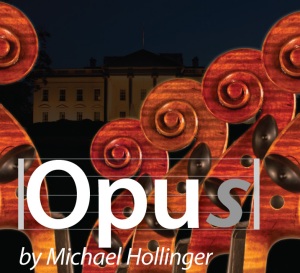 Actors’ Theatre Grand Rapids will present the West Michigan premiere of Opus by Michael Hollinger. Opus will be presented on January 27-29 and February 3-5, 2011 at GRCC Spectrum Theater, 160 Fountain Street NE, Grand Rapids. All performances are at 8:00PM.

Michael Hollinger, a former concert violist, now playwright, wrote this quick-witted and insightful play about a world-class string quartet breaking apart as their biggest break-through arrives. As they struggle to prepare for their biggest performance to date, the world-class Lazara String Quartet decides to fire their brilliant, yet mercurial, violist. When a young woman is hired as the replacement, her gifts inspire them to attempt a musical feat of epic proportions. Their rehearsal room becomes a pressure cooker as passions rise, personalities clash.

Opus is directed by Jeralyn Pinsky, who had this to say about the play:

“On a personal level, quite simply, I fell in love with the play. Opus is a witty, beautiful play with bright characters, interesting relationships and, of course, dramatic conflicts – though I don’t want to give too much away… Opus is wonderfully entertaining theatre!”

Individual tickets sales will begin on January 17, 2011 and are $24 for adults/$20 for students and seniors. Tickets may be purchased at the Spectrum Theater Box Office by calling (616) 234-3946 or online at www.atgr.org.

Actors’ Theatre Company was founded in 1980 by a group of West Michigan actors, led by Professor Fred Sebulske, then Chair of the theatre program at Grand Rapids Community College (GRCC). This company chose a purpose of staging productions that were not available to the community of Greater Grand Rapids due to reasons of complexity, the controversial nature of the subjects, and/or their limited mass appeal.

Actors’ Theatre is committed to providing West Michigan with the best in entertaining, innovative, challenging, and thought-provoking theatre.

We believe in the inclusion of all.

Dress up, dress down or somewhere in between? Do sets and costumes play a vital role in contemporary theatre experience or are they merely decoration? Join experienced designers Jessica Frymire (costumes) and David Miller (scenic design) as they discuss these questions and provide you with practical, hands-on experience on just how the pieces all fit together to make theatre the unique, special, and evolving art form that it is.

This workshop gives participants an opportunity to learn about and experience the practice of contemporary design for the theatre. The session will include a hands-on opportunity for participants to apply their own skills in either areas of set design or costumes. Materials required for the practical application of this workshop will be provided with your $2 materials fee.

Go to the Actors’ Theatre website to learn more and read about the instructors, Dave Miller and Jessica Frymire!

LIVING ON THE EDGE VIII: SECRETS AND LIES – A TEN MINUTE PLAY FESTIVAL CALL FOR SCRIPTS

2011 marks the eighth installment of Actors’ Theatre’s annual 10 minute play festival, Living on the Edge and, once again, we invite interested writers to submit a script for consideration.

The reading of the fifteen scripts presented on April 2, 2011 will begin at 1PM at Spectrum Theater, 160 Fountain Street. At the public reading playwrights will receive 5 minutes of verbal feedback on their piece. Based on audience response and feedback the Living on the Edge committee will choose five finalists from the scripts read at the public reading which will be presented in full production during July of 2011 in the “black box” performance space (Room 201 – Spectrum Theater Building).

The writers whose scripts are chosen for final production will receive $100. Everyone who submits a script for consideration will receive two complimentary tickets to any show during the Actors’ 2011-12 Season. The theme this year that writers are asked to respond to is “Secrets and Lies”. Be sure to always keep in mind that the five scripts chosen will be performed before an audience. We always encourage writers to create pieces that will be dynamic and engaging when presented by performers on stage. We’re excited to read your submission so choose any direction that is exciting and productive for you as a writer to craft a 10 minute play highlighting an aspect of the chosen theme.

Submit the play by email to script_submissions@atgr.org This e-mail address is being protected from spambots. You need JavaScript enabled to view it and include “LOTE VIII” in the subject line. Submissions will also be accepted via U.S. mail to

on or before March 1, 2011. All submissions must include a cover page that lists your name, address, phone number, email, title of play, total number of actors and a brief synopsis of the work. Please do not list your name on any page other than your cover so that all plays may be read with anonymity by the committee. Final production decisions will be based on originality, ability to cast and produce, and the way the plays chosen fit together for an evening of theatre.

Filed under Communication, Living On The Edge, Plays and Productions 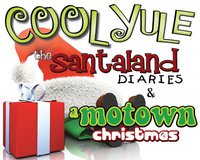 GRCC’s portion of the proceeds will be donated to the GRCC Alumni Scholarship. The Alumni Scholarship is awarded to six GRCC students who are dependents of an alumnus. The award is $3,000 for the school year, which is one of the largest awards given by GRCC.

Performances are December 17 and 18 at 7:30 p.m. at Spectrum Theater, 160 Fountain Street NE. Ticket prices are $30 for the general public, $20 for GRCC Students (with valid ID). A complimentary dessert and wine reception will be held in the theater lobby following each performance. Tickets can be purchased by calling the Spectrum Theater Box Office at 616-234-3946 or visiting www.grcc.edu/theater or www.circletheatre.org . Spectrum Theater Box office hours are Monday through Friday from 1pm to 5pm.

There are just two performances left of Distracted at Actors’ Theatre Grand Rapids.  Click below to get a sneak peak, then order your tickets now!