Check it out – a 24 Hour Play Festival by SouthSide Theatre at Dog Story Theater this weekend. 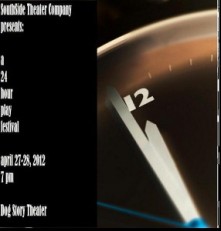 What happens when you take some playwrights, a few directors, and a bunch of ambitious actors and give them 24 hours to produce, write, rehearse, and perform an evening of short plays? Join us at 7:00 p.m. April 28th and Dog Story Theater and find out!!! This is an evening not to be missed!

The 24 hour play festival is designed to showcase the talent of local playwrights, directors, and actors.

The night before the show, playwrights will be assigned a director and three actors, along with a key phrase and prop that will need to be incorporated into their ten-minute piece.

The teams will then have 24 hours to write, rehearse and perform the piece for an audience at 7:00 pm on Saturday, April 28th.

These performances are open to the public, and the cost of tickets is $10.00 for adults, $7.00 for students.

The 24 hour play festival is produced by SouthSide Theater Company to benefit their upcoming production’s of Closer by Patrick Marber and Marisol by Jose Rivera.

“Isle of Marvels” at Aquinas College this Weekend! 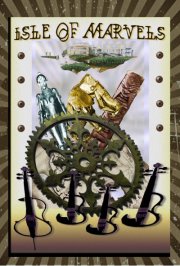 In honor of AQ’s 125th anniversary, the AQ Theatre Program proudly presents a world premiere of this steampunk fantasy loosely inspired by a smattering of minor novels by Jules Verne.

A string quartet finds themselves stranded on tour in Southern California when a mysterious stranger invites them to spend the night at an inn close by. The awake the next morning to discover the inn was on an island–a massive man-made island made by technological genius, Dr. Calistus Munbar. Furious at first, the quartet is stunned to discover that the doctor will make them all millionaires if they commit to living and performing on the island for a year, while the island makes its inaugural voyage around the earth. Steampunk technology abounds on the island–but so do secrets, political intrigue, espionage, doomsday weapons, killer robot women, pirates, even supernatural creatures. Will the foursome survive? And who is the mysterious woman who disappears into the clocktower?

If you only see one new play with an enormous steam-powered elephant this year, make it ISLE OF MARVELS.

Looking for something fun to do with the family this weekend?  Check out Pinkalicious at Grand Rapids Civic Theatre. 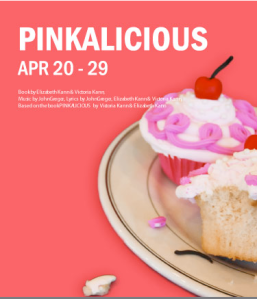 Children’s Musical
“ I love pink, cupcakes, Pink and Cupcakes. I’d marry them if I could.”

Pinkalicious wants everything in her life to be pink! But when this pink-loving enthusiast goes too far, will she be able to figure her way out of the perfectly pink predicament?

Go to the Grand Rapids Civic Theatre website for more information and to ticket ordering.

Adapted for the stage by Leah Napolin and Isaac Bashevis Singer 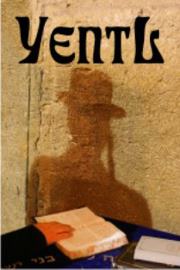 Up Next – “August: Osage County” 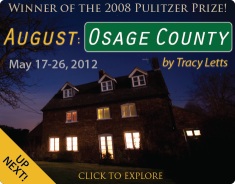 Opening on May 17th at Actors’ Theatre is the Pulitzer Prize winning play August: Osage County. Charles Isherwood of the New York Times had this to say about it:

(Read the rest of the review on nytimes.com)

Meet the Playwright and Director:

Tracy Letts has been a Steppenwolf Theatre Company ensemble member since 2002. He was awarded the 2008 Pulitzer Prize for Drama for August: Osage County, which played on Broadway for over a year, following a sold-out run at Steppenwolf in 2007. August also enjoyed a sold-out engagement at London’s National Theatre and a U.S. National Tour in summer 2009. Other accolades include five Tony Awards (including Best Play), an Olivier Award and six Jeff Awards (including Best Play). Mr. Letts is also the author of Superior Donuts, which had its world premiere at Steppenwolf in 2008 and opened on Broadway in 2009; Man from Nebraska, which was produced at Steppenwolf in 2003 and was a finalist for a Pulitzer Prize; Killer Joe, which has been produced in Chicago, London and New York; and Bug, which has played in New York, Chicago and London. He has appeared at Steppenwolf in Betrayal, The Pillowman, Last of the Boys, The Pain and the Itch, The Dresser, Homebody/Kabul, The Dazzle, Glengarry Glen Ross (also in Dublin and Toronto), Three Days of Rain, Road to Nirvana, Picasso at the Lapin Agile and the Steppenwolf for Young Adults production of The Glass Menagerie. He recently appeared in Who’s Afraid of Virginia Woolf?at Atlanta’s Alliance Theatre, directed by ensemble member Amy Morton.

August: Osage County marks Fred’s 57th directed production for Actors’ Theatre. Among his many awards and accolades, he is the recipient of 10 Grand Awards for outstanding direction, the Norma Brink Lifetime Achievement Award and the Arts Council Arts Award.

Fred is the founder of Actors’ Theatre Grand Rapids.

Learn more and get your tickets at www.atgr.org!