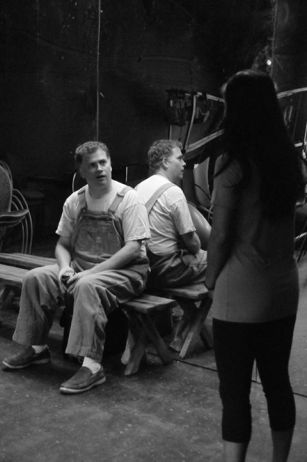 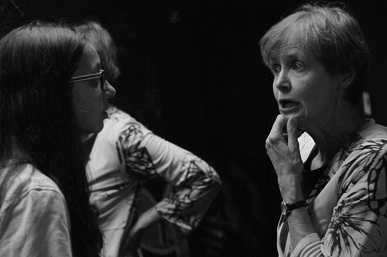 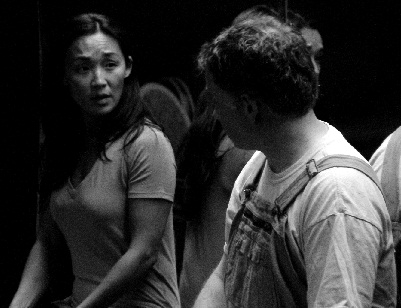 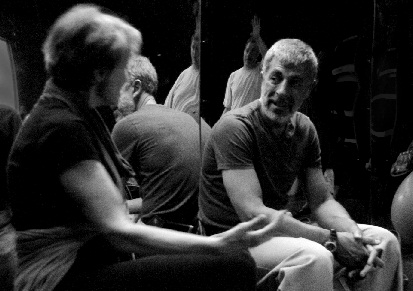 Some people are already talking about it:

Rose Anne and I had an opportunity the other afternoon to see a preview of Circle Mirror Transformation. Title aside, the Dog Story Theater proved once again to be an intimate and appropriate venue for this play. Outstanding ensemble performances by every actor under Randy Wyatt’s excellent direction. The play is a textured story of a theater workshop, but really it is an engaging, thought provoking piece of theater.. and once again, kudos to actors theater for taking the risk..the beauty of this space is that it allows an intimacy that good theater demands, and, best of all, emphasizes ACTING over spectacle, which local community theaters are weak representations of anyway. In a culture which emphasizes “distance” between humans, TMI, and texting as a substitute for even HEARING the human voice, seeing “people” honestly interacting right in front of you, provides not only an incredible emotional experience, but may ultmately teach us how we SHOULD interact with each other.

And take a look at what director, Randy Wyatt, has to say about Circle Mirror Transformation in his director’s note:

“I believe theatre shouldn’t be like television. It should be an event.”

When Circle Mirror Transformation (CMT) hit the regional theatre circuit several years ago, there was quite a lot of buzz. The playwright, Annie Baker, had made her career as a novelist before writing for the stage. Audiences didn’t just fall in love with the loveable yet broken characters who met once a week for an adult ed crash course in drama at a rural Vermont community center. They also fell in love with something unique that was happening with the script itself. The “metronome” of the play was different. Baker is very specific about the use of silence in the play–in a way that would seem pretentious if the play didn’t deliver. Critics referred to CMT as a “petri dish” where audience members could examine these five people intimately, and from a multitude of vantage points. The students play theatre games that force them to reveal themselves layer by layer, quietly tearing themselves apart and rebuilding themselves again. And it’s just a testament to the script that you won’t even see it coming. Somehow these silly little games become reflective of the crisis moments in our lives when we recognize ourselves in a cycle, take a deep look at ourselves, and find the courage to change.

I fell in love with the play the minute I read it. I knew it would be very challenging–evocative of the pauses written into Pinter’s work, or into Chekhovian dialogue, but in a contemporary scenario. (Fortunately, I have a dream cast up to the challenge of it–and hell, it’s funny too.) I also knew I didn’t want to direct it on a larger stage. This is a play that is perfect for the space size that Dog Story Theater provides. Every breath, every glance of this stellar cast will turn your head and catch your breath. I haven’t had this much satisfaction in a rehearsal process in a long time. Baker’s tightly written script sucks you right in, magnetizes you to the stage in a way that demands close proximity to the actors. I think it makes for an entirely different kind of theatrical event. Come close out the summer with us–you won’t regret it.
Randy Wyatt, Director

Head over to the Actors’ Theatre website to reserve your tickets today!

Our first main stage show of the season, Love! Valour! Compassion! has been cast:

Love! Valour! Compassion! Opens September 19 and runs through September 29. More information can be found at the Actors’ Theatre website: www.atgr.org.

Also, there is still time to get in on the Early Bird Special to get deals on season tickets and on Circle Mirror Transformation tickets! Call our box office at 234-3946 for more information.

by David Mamet
Performances: August 1-3 and 8-10 in the Black Box at GRCC’s Spectrum Theater

As described by the Geffen Playhouse, “One of Pulitzer Prize winner David Mamet’s defining works, American Buffalo was instantly hailed as a new American classic when it opened on Broadway in 1977.”  Heritage Theatre Group invites you to “take a fresh look at these misguided misfits who are a little out of luck and way out of their league as they plot the theft of a rare coin collection. As the time of the heist approaches, tension and anticipation build revealing loyalties and testing friendships. Negotiating explosive humor, frenetic energy and surprising tenderness, this play … promises a mesmerizing night whether seeing it for the first time or rediscovering this groundbreaking work.”

Also, click over to www.mlive.com to read a great article about the upcoming production.