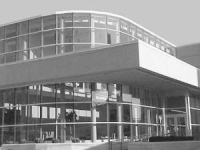 Spectrum Theatre on the Campus of GRCC

Want to see us in action?
Go to our Video Clips Page 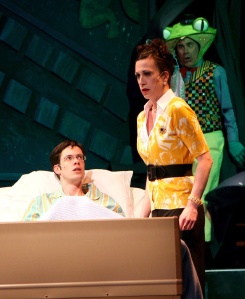 We believe in the inclusion of all.

Founded in 1980, Actors’ Theatre, a tax exempt not-for-profit organization, was created through the efforts of Fred Sebulske, then a faculty member of the theater department at Grand Rapids Community College (GRCC), and a group of local actors. Then and now Actors’ has been a showcase for the talents of local actors and a training resource for theater students in West Michigan. [Read more about our history on the Actors’ Theatre website.]

Chris brings a diverse background and range of community theatre experience to his role as Director of Operations. In the past 20 years, Chris has been heavily involved with the Grand Rapids Theatre Community; he has worked and performed for all area theatre groups as well as Opera Grand Rapids.

Prior to beginning his responsibilities at Actors, Chris served as volunteer managing director for Heritage Theatre Group (HTG) where he took on the task of organizing and running that theatre company – with great success. Chris has also worked as the office manager for MP Talent Agency as well as the assistant to the Executive Director of Kids Food Basket.

Fred Sebulske was a professor of Theatre, English and Film at Grand Rapids Community College for more than 34 years. He founded Actors’ Theatre in 1981 and was its managing director for 26 years. He directed over 50 plays for Actors’ and his work won him eight Grand Awards for directing. He also received the Arts Award (from the Grand Rapids Arts Council), the Pantlind Award (from East Grand Rapids High School) and the Norma Brink Award (from the Grand Awards Steering Committee) for lifetime achievement in theatre.

Taylor is a junior Business Administration student at Aquinas College, where she has performed in numerous productions, including Xanadu, Isle of Marvels, Reckless and Chicago.  In addition to her work at Actors’, she also serves as AQ Theatre Department Office Assistant, Co-Marketing Manager for AQ’s BRAVO, and as a Student Ambassador for incoming and prospective students to the college.

Taylor hails from Ogden, UT, where she has performed in numerous community productions.  Taylor continues to demonstrate her ability to learn new skills in Development and Marketing, in addition to her ongoing excellence in creative hash-tagging. 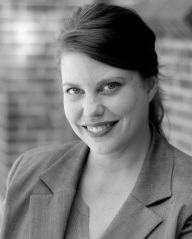 Dawn has been involved in Grand Rapids community theatre since 1989 and has served on the Board of Directors for Actors’ Theatre since 2005. She was President of the Board for the 2010 – 2011 and 2011 – 2012 seasons, and is currently President Emeritus. In addition to her Board work, she is a Properties Designer for several local community and college theaters, and is Vice President at MHVillage.com.

Whats Your Art? is another great site to see what is happening in Grand Rapids:
www.whatsyourartgr.com