Audiences have come to expect the Players’ irreverent parodies of favorite horror films, set to music to celebrate the Halloween season. This year’s show is no exception: Mom spends her time playing Farmville and Minecraft on her smart phone, Dad just wants to watch Honey Boo-Boo on TV and can’t figure out how his little girl gut sucked into a flat screen TV, and little brother Dobby is a paranoid schizophrenic, certain that it’s really the illuminati or men in black that have kidnapped her.  Then there is Leslie, the over-the-top, totally androgynous, and completely lecherous exorcist called upon to help rid the house of the evil spirits.

The original script is by Jacqueline Frid and Sarah Stark with original music and lyrics composed by Julia Yob. Sarah Stark directs with Julia Yob as Musical Director and Antonio Copeland as choreographer.

The cast includes:  Beth Schaub and Eric Orive as the Mom and Dad; Julia Steudle and Kassandra Dill as their children, Carly Anne and Dobby; with Anessa Johnson as Dr. Letch, the paranormal specialist and Ian Brown as the outlandish Leslie.

Shows Thursday at 8pm, Friday at 8pm and Midnight, Saturday 8pm with a costume party and  a Sunday matinee at 3:00 pm.

For more information and to purchase your tickets, go to: www.dogstorytheater.com

Children of the Corny
An Original Musical by Joel L. Schindlbeck

5th Annual Halloween Horror Musical Parody
Adapted from the film Children of the Corn, based on the original story by Stephen King and George Goldsmith.

A lost couple stumbles upon a farming town where children seem to roam free on the streets, but someone or something is hiding in the corn fields that could shatter the strange peace of this idyllic adult-free town. Where really are all the parents of Gatlin, Nebraska? Running on the heels of four well-received productions, this show will feature original musical numbers, hilarious campy versions of the characters, and absurd moments of comic novelty. What better way to celebrate Halloween!

Tickets are $12/Adults & $8/Students & Seniors and are available in advance on the Dog Story Theater website
using quick and secure Google Check-out. No phone sales.
Tickets are also available at the door – but don’t be disappointed, we often sell out!

Calling all Playwrights! (And people who know playwrights.) 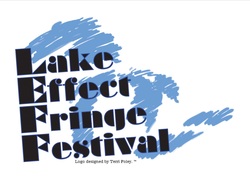 Stark Turn Players, in its continuing mission to foster local artists, hosts an annual competition to become an incubator for local playwrights to have the opportunity to workshop their works and have them produced at no cost to the playwrights.

Playwrights (Student and Non-Student) in the Greater Grand Rapids Area (reside or attend school in Kent County and it’s contiguous counties) are welcome to submit their 10-Minute scripts annually to compete for production slots in our annual season. This year’s theme for the festival is Out of Time.

The Procedure is simple and relatively painless!

For information on how to submit your script, judges criteria and links to information about past winters, go to www.starkturnplayers.org.

If you have any questions, feel free to contact them at: starkturnplayers@gmail.com

This came from the Stark Turn Players’ Facebook page. Looking for some fun theatre to be involved in? Check this out – auditions are coming up soon!

Synopses and Dramatis Personae for the 10-Minute Plays Auditioning Jan. 12 & 13

JEREMY: 17, male.  Senior in high school, struggling with manhood, trying to live up to the societal pressure of male sexuality.

JENNA: 17, female.  Senior in high school, curious and explorative about sexuality, strives for perfection and has high dreams about life and sexuality.

Jeremy and Jenna are at Jeremy’s house making out while Mom’s out shopping, when they decide that they want to have sex together.  Ham-handed, Jeremy just wants to get into it, but Jenna has been researching media images of sexuality and wants to pick the perfect scenario.  From The Notebook, to The Princess Bride, even to Mr. and Mrs. Smith, they attempt each scenario, only to be interrupted before they come to a decision.

The Ledge
By Karen Sue Bradford

WOMAN 1: Mid-20’s, Female.  Woman literally on the verge of jumping off a building to her death.  She is wary, anxious and failing to see the bright side of life.

WOMAN 2: Mid-30’s to Mid-40’s, Female.  Settled in her ways, but pleasantly seeing the bright side of life.  A woman comfortable with herself and the ups and downs of life, very self-assured.

One woman is standing on the ledge of a high-rise office building, ready to end it all by leaping to her death.  Another woman enters, treating the jumper with a matter-of-fact attitude and not trying to save her.  Through the course of dialogue, the second woman helps the first see that life is not as miserable as she makes it out to be and they find peace in the high-rise ledge.

Queens of the Dirt Wall
By Andrew Wernette

MATTIE: HS Junior, Female.  Damaged, resorts to alcohol and cigarettes not to be cool, but to release the tensions of the world.  Hurts a lot inside, but instead just tells the world to fuck off and hides.

JEN: HS Junior, Female.  Tougher than Mattie, makes easy plans in life in order to avoid failure.  Knows her place in society, even at a young age.  Assured, but still caring for others.

Mattie and Jen find evening solace in an undeveloped and forgotten plot of dirt.  Mattie’s sister committed suicide recently, and her parents are holding her to high standards (making her over-achieve to live a life her sister lost.)  Jen’s family is much poorer, and Jen aims to do nothing more than keep her job at Wal-Mart, marry her boyfriend and have kids.  This evening, Mattie has stolen her mother’s car and a liter of vodka and the girls are trying to forget the worries of the world, but they can’t…and they fight, and they try to be there for one another and remind themselves that they are each other’s best friends, through thick and thin.

COLONEL NUSSBAUM: Mid-20s Male, Young and eager to serve his country as a Nazi officer.  A perfect, young Nazi who will use mental torture to make sure his victims feel their punishment deeper.

COLONEL FLEISCHER: Mid-40s to Mid-50s Male.  Has been around the bend, serves his country well enough, but has a heart.  His is more of a duty than a calling.  It is unclear whether he hates the Jews, but he is the type of person who would rather make it easier on the victims in their death.  People kiss his ass severely and he treats them as students in his greater scheme.

SERGEANT KUTZ: Ageless, Sexless.  A filthy, but subservient ass-kissing clerk under Colonel Fleischer’s command.  He only lives to serve, but disgusts everyone.

FRAULEIN GOTTLEIB: Early-20s Female.  Quiet, calm, but eager to do her part in her country.  She understands the gravity of the Nazi agenda, but would rather keep her thoughts to herself than risk treason.

Colonel Fleischer rules over processing at a World War II Nazi Extermination Camp.  His duty is to assign and manage personnel.  Colonel Nussbaum is eager to torture and punish the prisoners in the showers and Fleischer is considering Nussbaum’s assignment.  There is a constant problem of prisoners getting off the train and running away, only to be shot on sight by the Nazi officers.  Fleischer, seeking to end this unnecessary and inflammatory violence, hires Fraulein Gottleib to greet the prisoners as they get off the train.  Through the interview, Fleischer and Gottleib weigh the pros and cons of anti-semitism as the end of the war approaches, and the penalties of war crimes looms on people’s horizons.  Gottleib is allowed this position as a means of completing her duty, but still remaining free from legal harm.  Nussbaum, however, is ordered to complete his duty, but to be locked in the showers with the Jews as well.

MAN: 60 to 70, male.  Loving but weary husband of a woman with Alzheimers.

A poignant story on how growing old is not always graceful and the difficulties for those who will be left behind as a woman dances on both sides of reality – between her memories of young love and back to her current dementia riddled life.  One brings comfort, the other fear and confusion – and how her husband is left to deal with HIS reality.

The True Story of Creation
By Stephen Douglas Wright

LUCIFER: 40 to 50, male.  Arrogant fallen angel, temptor of the world.

A wheeling and dealing Lucifer attempts a re-entry into Heaven by hopefully making God an offer she can’t refuse … with Jesus and the Holy Spirit on the sidelines … and the world waits.

Remember Them
By Mary G. Kron

SERGEANT: 30 to 50s, male.  Reserved male with a commanding presence.

A soldier argues with her commanding officer as she struggles with leaving a fallen comrade behind on the battlefield.

Two thirty-something, type-A, aggressive professionals show how sex can mess up even the best laid plans.

More information can be found here on the Pigeon Creek Shakespeare Company’s website. 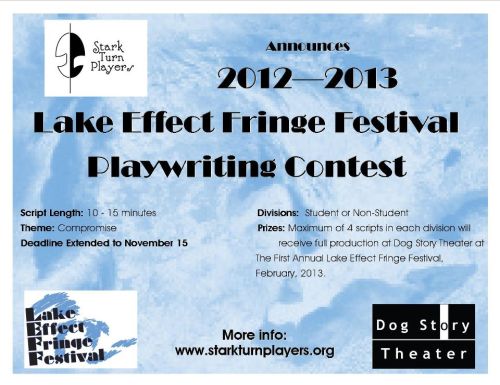